Disclaimer: This article is a translated version of one I published in French from a series of articles named “Challenge 30 days/ 30 articles” about Vietnamese geopolitics, news, and history. The aim was both to write about topics I couldn’t approach in the China Sea or the Mekong River articles (that were my only topics at that time) and Search Engine Optimization (SEO). 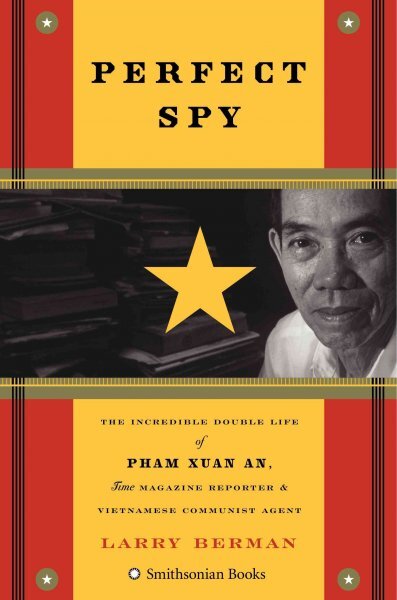 « Now we are in the American operating room » used to joke the General Vo Nguyen Giap when referring to the North-Vietnamese intelligence service and especially to one of the most prolific spies of the Vietnam war (if not the whole cold war): Pham Xuan An.

Undercover as a full-time journalist with Time Magazine, he provided lots of reports about American activities (troops, tactics, political issues, intelligence…). He distinguished himself by revealing the counter-insurrection/attrition war tactics of the General Westmorland and the American special forces very early in the war. His second exploit was to definitively confirm that the United-States would not intervene to counter the North-Vietnamese general attack on the South in 1973.

In order to develop An’s potential, Viet Minh’s leaders sent the young spy to Fullerton College in California to study journalism. He prematurely came back to Vietnam after two years of study while the repression of communist activities in South Vietnam had destroyed 80% of the intelligence network.

An then started living a double-life that lasted until the downfall of Saigon in 1975. First journalist for the Associated Press then for Reuters and finally for the Time Magazine, he was charged by Tran Kim Tuyen, head of the South-Vietnamese intelligence service, to manage the correspondence of the official news agency of South-Vietnam.

Affable man and good journalist, “the quiet Saigonese” sympathized with everyone who must be known to get sensitive pieces of information, including journalists, responsible to the CIA and the South-Vietnamese army, members of the government in Saigon. As a result, he was able to go everywhere, (American Embassy, the CIA, Presidential Palace, and US Army headquarters) and was one of a handful of reporters admitted to off-the-record briefings, to the extent that some people were thinking he was working for the American Intelligence service[3].

Though many people of his network had been discovered, he has never been spotted by the counter-spy office and the Americans were shocked to discover his role when he was elevated to the status of “Heroes of the Nation” by the Socialist Republic of Vietnam in 1978.

Though he stayed largely discrete about his activities during the war, he was still trusted by Hanoi’s government after reunification.

Indeed, if Pham Xuan An became legendary because of his career as a spy, he represents the complexity of the Vietnamese conflict in the sense that he engaged himself as a patriot, thinking that neither the French nor the American were legitimately holding power in Vietnam and that the country had to be reunified. However, he felt no hatred against the people and kept many friendships in these countries. In the last days of the war, he persuaded American officials to fly several Vietnamese friends of his out of the country, saying they would be punished by the Communists if they were left behind. His wife and four children were also taken to the United States, but he remained[4]. Worse for him, having lived in the United States and in the capitalist comfort made him an eternal suspect for the government. He’s been thrown in political re-education camp – “kind” according to him – where he was mediocre. Despite his title of “Hero of the Nation”, his 4 medals for “Exploit of the Liberation” and his 6 medals for merit as an “emulation soldier”, he finished his life in house arrest and wasn’t allowed to leave or communicate with anyone outside of the country.

Many among the people who frequented him during the ’90s reported his bitterness regarding the evolution of the country and in particular the corruption, he who only benefited from a General Pension after his retreat (30 dollars/month). Recognizing his admiration for the early communist revolutionary for their nationalism and their dedication to the cause, the retired spy never missed an occasion to mention with acerbic derision the shift between the propaganda and the realizations of the government.

As a heavy smoker, An died because of emphysema in 2006 in the military hospital of Saigon.